Our first blog in the Forward Together series looks at what we can do to encourage more women into politics. 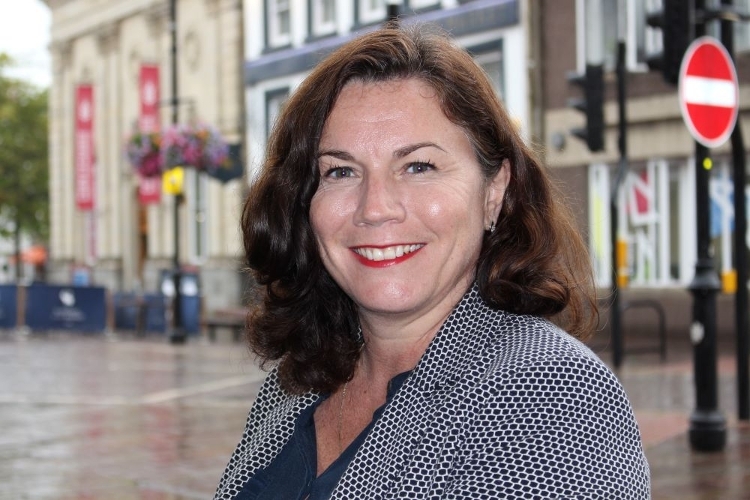 I'm often asked the question about what more can West Berkshire Council do to encourage more women to become local Councillors.

When you cast your eye around our current elected members you can see the imbalance between men and women, with only 5 of the current cohort of 43 members being women. Fortunately we do have 3 of those 5 women on the Council's Executive Committee of 9 members- still not proportional but a step in the right direction. As a woman I am proud to be Leader and visibly demonstrate that women can be successful in the role. We know that in 2019 not enough women were elected and that our proportionality is among the worst in the country, but by having women in high profile roles such as mine I hope that I can be a positive role model for others to see there is a place for women in West Berkshire Council as elected members.

As a Council we are committed to removing any barriers that may deter women but recognise we are limited in what we can do. The key is to make it as easy as possible for people from all backgrounds, genders and races to be able to take on the role of a Councillor. We do this in several ways. We have an allowance system that ensures that you are not financial disadvantaged in giving up your time; this means that Councillors are not forced to choose between work and the role. We also cover child care costs within member expenses so that those with caring duties can still do the role. We have now in place a Parental Leave Policy for members so that those members that become parents during their term do not fall foul of the 6 month appearance rule. We try to have most meetings in the evenings so those with school aged children are able to be there after school and at tea time. And for those of us slightly older women we have recently introduced a Menopause Policy for all at West Berkshire Council to raise awareness and make this period of a woman's life more comfortable in the workplace setting.

While we can work hard to remove the practical barriers that might stop women coming forward we do acknowledge that they in themselves are not always the reason. Sometimes it can be as simple as women needing more encouragement to be assured they can do the role, or they are simply not aware of the role. To address this we take part in awareness initiatives such as the LGA's 'Become a Councillor' Campaign. This campaign encourages people to consider the role and tells people what the role involves.

Even if we do all of the above, however, ultimately the number of female Councillors is down to the political parties or groups that they represent and the electorate who ultimately chose their representative. Even with a 50/50 split of candidates we as a Council cannot ensure that women are selected; only the electorate can do that. To assure a balanced choice the selection of candidates from the political groups that they represent needs to be proportional.

For this to happen the role of Councillor needs to be attractive to women. Unfortunately many are put off by what they hear or perceive. There is no getting away from the fact that debate is part of the role. Making decisions based on a variety of differing opinions is part of the process and therefore you do need to be comfortable with sharing your opinions and putting forward your case. However, how this is done can vary and we here at West Berkshire Council are keen to promote civility in public life and give confidence to those who serve the public that they can go about their business without fear of attack, harassment or intimidation.

To support this I have recently taken part in the LGA's Civility in Public Life Programme's call for evidence of abuse and intimidation of councillors. We will look to support their findings in whatever practical ways that their survey results find. In the meantime our Safer Streets Champion has put forward a Motion to December's meeting of Full Council asking that all current members agree to adhere to civility in their role.

The other thing that I am committed to do as Leader of the Council is to call out behaviour that I think would put off women from standing or continuing to serve. This includes a zero tolerance to sexism and using the formal processes I have at my disposal to call out individual behaviours that might prevent others from taking part in public life.

In summary, serving my community as a Councillor is an immensely rewarding role and it can fit around family life. We need to encourage more women to consider it and to put themselves forward. The Council has a huge variety of services, so there is bound to be an area that interests you or one that touches your own life that you can actively become involved with. It is flexible, with different time commitments needed for each of the roles a Councillor undertakes. It is also a great way to meet new people who also want to make a difference and it is a great way to develop your own CV.  I would urge anyone who is interested to get in touch and we can start the discussion of how they can get involved.

Next : West Berkshire and the Levelling Up agenda